The Opportunity to Change Lives

According to Fred Mintzer, “IEEE’s greatest benefit is the opportunity to interact with the worldwide community of technical leaders—to work with and learn from them. It has been life changing.” Donating to the IEEE Foundation provides Fred with a way to be a part of many important efforts.

“I support IEEE-HKN because it opens the eyes of engineering students to opportunities,” said Fred, adding that as an undergraduate, “HKN taught me that being an engineer could be more than a job—engineering could be an impactful profession in which I could be a leader.” Fred enjoyed a successful career at IBM before retiring, and has held numerous leadership roles within IEEE—inspired in part by his IEEE-HKN experiences.

Fred also supports IEEE Smart Village, because “it provides electrical power to some of least-served people in the world—and opens possibilities for better communication, healthcare and education. This is one of the most fundamental ways we can touch people’s lives.” He is also interested in IEEE Foundation funded programs, such as EPICS in IEEE and IEEE-USA Community Outreach MOVE, that “enable tech professionals to directly benefit humanity”.

Fred thinks that IEEE, with its worldwide membership base, is uniquely positioned to develop and deploy humanitarian technologies. Member donations to the IEEE Foundation enable those programs to flourish and grow. “It has been said that with great power comes great responsibility. We technology professionals have been granted great power to change people’s lives. The opportunities are near endless.” 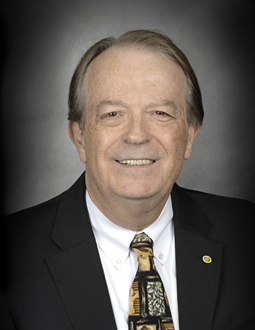