Professor Glenn Knoll was a man of vision, accomplishment and impact. Hearing his students and colleagues speak of him gives the listener insight into a man whose life was full of purpose, whose affirmation was a highly-valued commodity, and whose influence was felt throughout his field – both in academia and industry.

In 2016 Professor Knoll’s beloved wife, Gladys, decided to honor the memory of her husband by providing opportunities to a new generation of students intent on finding their own path. The Glenn Frederick Knoll Fund was established by a generous gift from Mrs. Knoll through the IEEE Foundation.

The gift was still in the process of being finalized when people whose lives he impacted reacted with passion and purpose. Valentin Jordanov, one of Professor Knoll’s former students, responded with a major commitment of his own to enhance the Knoll Fund.  “To know Glenn Knoll was to know a giant of a man,” Jordanov said of his friend and mentor. “His impact was significant and continues to be felt to this day.”

Likewise, many of Professor Knoll’s friends who were heavily involved in the IEEE Nuclear and Plasma Sciences Society (NPSS) petitioned that the organization to which he had given so much to step forward with support. The NPSS responded by matching a portion of the funds provided to honor Professor Knoll.

In 2017, the inaugural awards were presented in Professor Knoll’s name. One recipient of the Glenn F. Knoll Postdoctoral Educational Grant, Dr. Patricia Schuster, hails from Dr. Knoll’s beloved University of Michigan, where she’s in the Nuclear Engineering and Radiological Sciences Department. 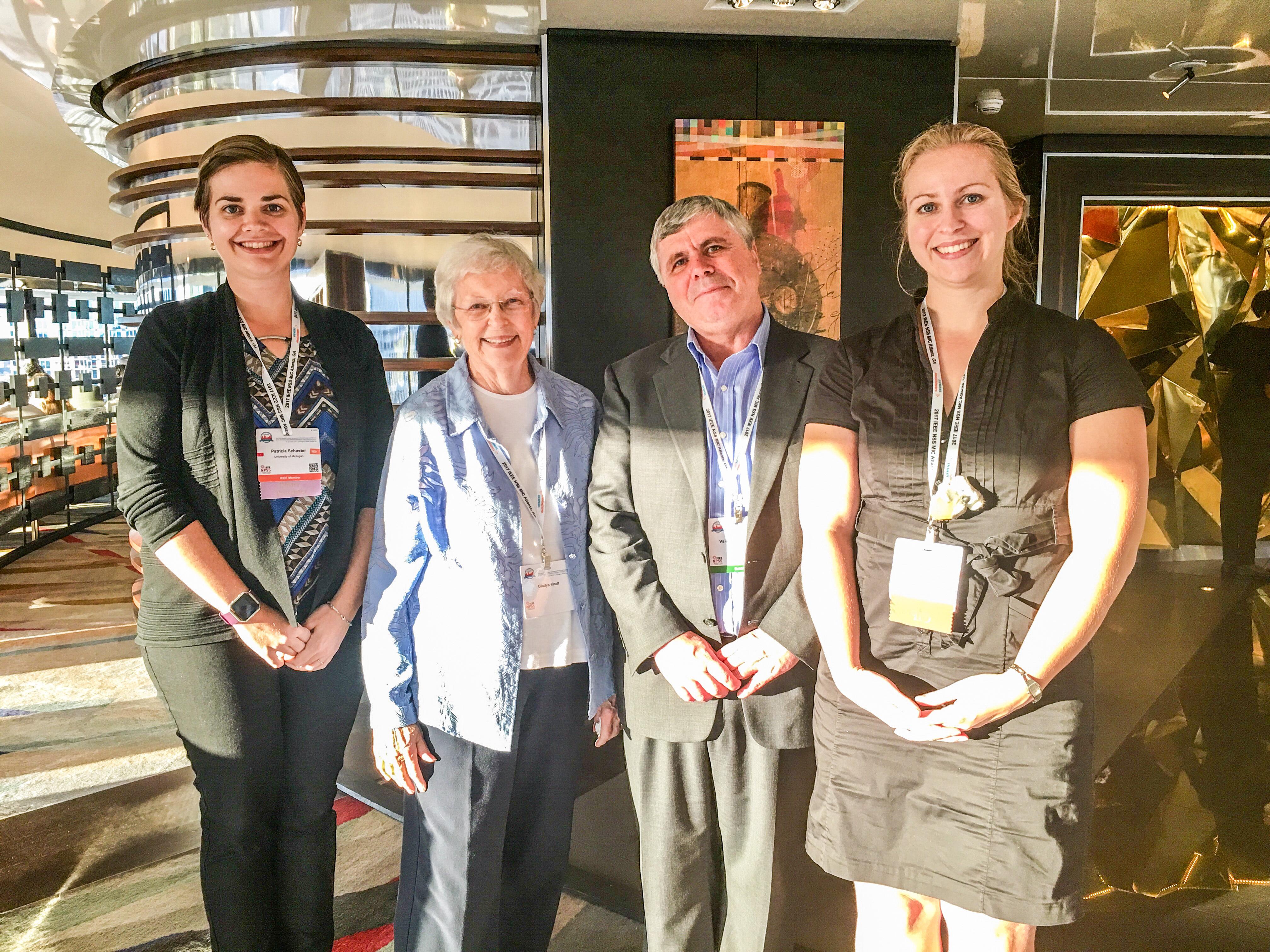 Two highly accomplished and promising young women, Patricia Schuster (left) and Audrey Corbeil Therrien (right), were recognized as the inaugural recipients of the Glenn F. Knoll Educational Grants during the 2017 IEEE Nuclear Science & Medical Imaging Conference in Atlanta, GA, US. The IEEE Foundation thanks Gladys Knoll and Valentin Jordanov for making this new program a reality. 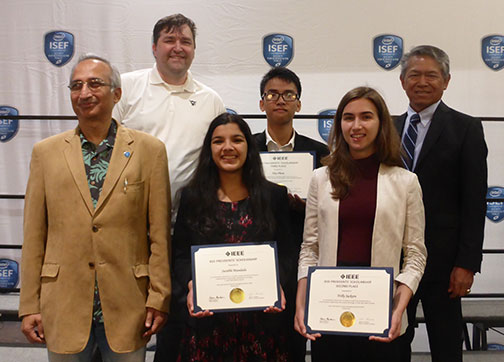 IEEE Educational Activities awards the IEEE Presidents’ Scholarship and runner-up prizes in recognition of outstanding projects in IEEE fields of interest during the Intel Science & Engineering Fair (ISEF). IEEE Foundation Board Member Roger Fujii presented the scholarships. Top Prize went to Surabhi Mundada for her project: MyHealth: A Novel Wearable Solution for Early Detection and Monitoring of Parkinson’s Disease and a Transformation of Subjective to Quantifiable Testing. Second Prize went to Holly Jackson and Third Prize went to Huy Pham. 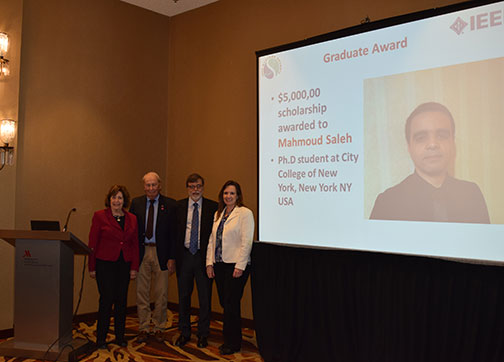