Philanthropy is about generosity in all of its forms: time, talent and treasure. Each year, more than 100,000 IEEE members give generously by volunteering with programs as varied as their interests, by sharing their expertise, and by donating, both as individuals and advocating at their companies. Below you will discover how your fellow members are enhancing our global community and how you may join him/her in these philanthropic endeavors by giving of your time, talent and/or treasure to help realize the full potential of IEEE.

Building upon the successful 2016 plenary talk introducing the historical context of women in philanthropy and how vital their contributions continue to be, Leah Jamieson, 2007 IEEE President and Past President of the IEEE Foundation, moderated a panel of female philanthropists including Anuradha Luther Maitra, Mary Ellen Randall and Sally Wood on 23 May 2017 in San Jose, CA, US during the IEEE Women in Engineering International Leadership Conference (WIE ILC). Their personal giving impacts humanitarian and educational IEEE programs, including EPICS in IEEE, IEEE-USA MOVE, IEEE REACH and IEEE Smart Village.

WIE ILC attendees gathered to learn how these women first became involved in philanthropy, how they decide which different nonprofits to align with and how has their involvement as philanthropists influenced their leadership style.

Following the session, all WIE ILC lunch guests were invited to “Create Their Philanthropic Journey” utilizing a simple 10-minute process that begins with a scan of their current volunteer and donor activities and the various opportunities IEEE offers to fulfill their personal philanthropy.

Every three years, IEEE grassroots leaders gather at Sections Congress, an event specifically designed to network, learn and guide the future of IEEE. From 11 to 13 August 2017, 1,225 attendees from 309 IEEE Sections gathered in Sydney, Australia for IEEE Sections Congress 2017 (SC 2017). In addition to being a financial supporter and proactively delivering seven training sessions to the event, the IEEE Foundation was proud to collaborate with the IEEE Humanitarian Activities Committee to launch a new initiative – Humanitarian & Philanthropic Opportunities Initiative (H&P) – during SC 2017. H&P united 10 IEEE groups focused on social good in a single pavilion on the exhibit floor. The pavilion was designed to excite attendees about the philanthropic possibilities available and inform them about the many ways to give back to IEEE. Visitors were encouraged to make a pledge of time, talent, and/or treasure to one or more IEEE programs. Having set a goal of 250 pledges, we were thrilled when Karen Bartelson, 2017 IEEE President, led the way by making the first of the 256 pledges received.

Project Juntos Podemos – Together We Can

On 20 September 2017, Hurricane Maria, the worst natural disaster in Puerto Rico’s history, battered the island, wreaking havoc and plunging the island into darkness. IEEE members living in Puerto Rico devised a two-phased approach – Juntos Podemos – Together We Can – to help the most severely-stricken areas of the island. In need of funding to make it possible, more than 100 IEEE members and friends answered the call to bring light into the darkness and a new day to Puerto Rico. Their generosity enabled both phases of the project to be fully realized. First, IEEE members, using their own transportation, distributed 500 solar lanterns to nine different communities, bringing light to more than 1,100 residents. Second, IEEE members and students built and delivered unique ‘OASIS de Luz’ solar-powered systems capable of recharging small electronic devices and refrigeration for medications and perishables to four interior communities where reconnection to the grid is expected to take much longer. The residents of all four communities were overjoyed to welcome the OASIS units and described them as an excellent alternative while Puerto Rico’s electric utility continues to address restoration needs. 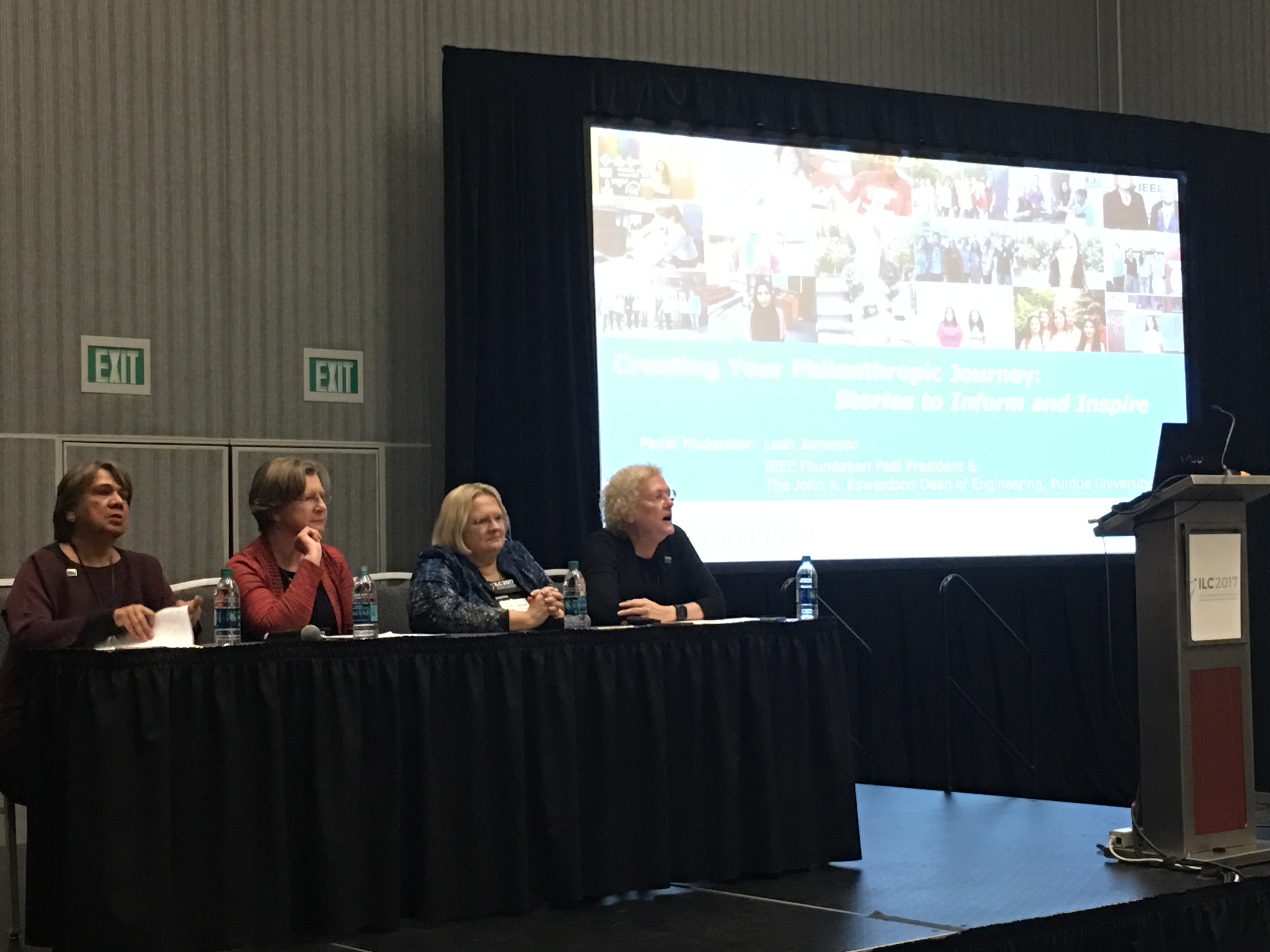 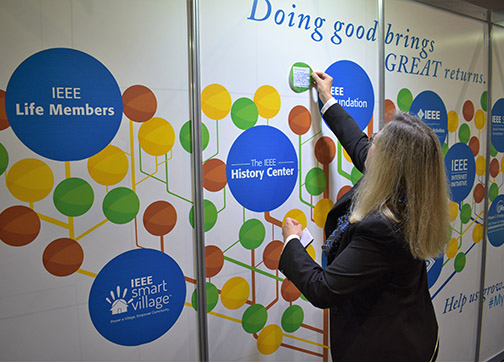 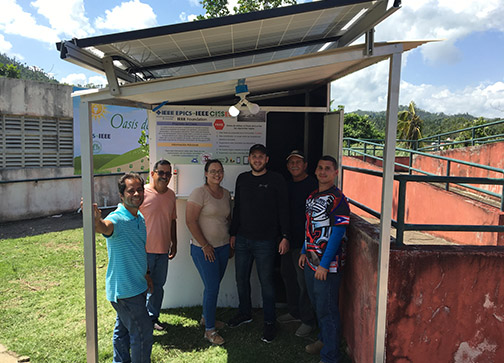