Giving Back by Supporting Unique Programs

Lewis (Lew) Terman originally joined IRE (predecessor society of IEEE) in 1958. His father, Frederick Terman, was IRE President in 1941, and suggested he join as a student. “One could say that IRE/IEEE was in my genes,” said Lew. Serving as IEEE President in 2008, Lew has said that “being part of IEEE activities helps develop soft skills that are important in one’s career. I have met hundreds if not thousands of people I would not have met otherwise, and developed life-long friendships.”

Over the years, Lew and his wife Bobbie have been steadfast supporters of the IEEE Foundation. They invest in activities and projects that are unique to the IEEE humanitarian goals. Both IEEE Smart Village and EPICS in IEEE are great examples. IEEE Smart Village involves bringing power to off-grid villages around the world, and EPICS in IEEE involves students doing technology-based projects, which both serve community and educate students through their involvement in carrying through the projects. “Both have very worthwhile objectives,” Lew noted.

Lew and Bobbie are members of the IEEE Foundation’s Heritage Circle, which acknowledges the individuals who have “given back” to IEEE throughout their lifetime. “Giving back is very important—IEEE and the technical world has been instrumental in my career and, just as important, in the fun my career has provided. Giving back to help IEEE impact society is both valuable and rewarding,” said Lew. 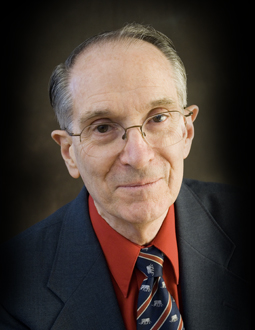